On 15 August 2022, Australia’s Minister of Foreign Affairs announced plans to designate gold as an “import sanctioned good” for Russia under sub-regulation 4A(3) of the Autonomous Sanctions Regulations 2011. The proposed amendment would prohibit the import of gold alongside oil, refined petroleum products, natural gas, coal, and other energy products from Russia.

According to the amendment’s exposure draft, the definition of gold to feature in Schedule 1 of the Designation will correspond to the Combined Australian Customs Tariff Nomenclature and Statistical Classification code 7108 – “as unwrought or in semi-manufactured forms, or in powder form.”

Australia’s move to designate Russian gold as an import sanctioned good follows a commitment announced by Prime Minister Anthony Albanese at a press conference in Kyiv last month. As part of an effort to limit Russia’s ability to fund its military operation in Ukraine, Albanese pledged to prohibit Russian gold imports and impose sanctions on 16 more Russian ministers and oligarchs.

Ukraine’s allies have already prohibited most trade with Russia and blocked Russian banks from using the Society for Worldwide Interbank Financial Telecommunications (SWIFT), which facilitates financial transactions and money transfers for banks worldwide.

In addition to prohibiting the import and export of certain goods, Australia’s autonomous sanctions on Russia currently include restrictions on: 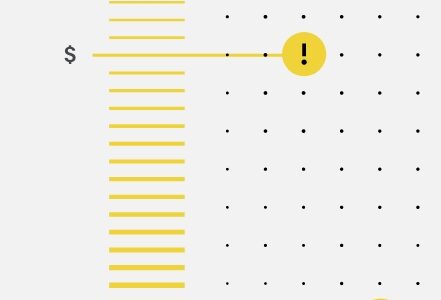 View our live Russia sanctions tracker to learn what countries have sanctioned Russia, the persons and entities that been sanctioned, and more.

Launched earlier this year, the Russian Elites, Proxies, and Oligarchs (REPO) Task Force is a multilateral partnership between the US and its allies in Australia, Canada, Italy, Germany,  France, Japan, the UK, and the European Commission to target the assets of Russian oligarchs to inflict maximum pain on entities close to the Putin regime.

In a joint statement, the REPO Task Force reported blocking over $30 billion worth of sanctioned Russian assets in economic resources and financial accounts. To further restrict Russia’s access to the global financial system, the task force has also immobilized $300 billion worth of Russian Central Bank assets and seized luxury real estate.

To determine how these sanctions may impact operations and business relationships, firms operating in the gold industry should consider conducting an updated risk assessment. Compliance staff should also review compliance policies and update procedures where necessary to mitigate against new sanctions and anti-money laundering risks.

Furthermore, the Australian government advises potentially impacted persons or entities to seek independent legal or financial advice. Questions can be directed to the Australian Sanctions Office through the Pax online portal.

Firms should note that the public consultation closes at 5pm on 29 August 2022.

From the war in Ukraine to Afghanistan and Myanmar, learn about key regimes, geopolitical trends, and sanctions evasion risks.