What Is Trade Based Money Laundering?

Insights What Is Trade Based Money Laundering?

As anti-money laundering controls evolve, criminals find new ways to transform the financial proceeds of crime into legitimate funds. One of the most prevalent global money laundering strategies is to exploit the vulnerabilities of cross-border trade via Trade Based Money Laundering (TBML).

What is Trade Based Money Laundering?

Trade Based Money Laundering takes advantage of the complexity of trade systems, most prominently in international contexts where the involvement of multiple parties and jurisdictions make KYC and AML checks and customer due diligence processes more difficult. TBML primarily involves the import and export of goods and the exploitation of a variety of cross-border trade finance instruments.

In our State of Financial Crime Survey 2022, global compliance professionals rated TBML as the second most concerning criminal typology – behind only bribery and corruption.

How Does Trade Based Money Laundering Work?

The most common TBML methods include:

How Can Firms Combat TBML?

To combat trade based money laundering, firms should seek to strengthen their AML/KYC controls in trade finance and correspondent banking. Unfortunately, the complexity of those sectors means that many firms struggle to adjust their AML programs effectively. The fact that trade based money laundering is often hidden amongst legitimate trade activities, and stretched across different jurisdictions and organizations, adds to the challenge of detecting it.

You may find it useful to read our insights on AML acts and regulations.

Firms may find it easier to spot TBML activity if they are familiar with the methodologies associated with it. With that in mind,  in 2021 the Financial Action Task Force (FATF) compiled a list of TBML risk indicators relevant to the public and private sectors. Those indicators include: 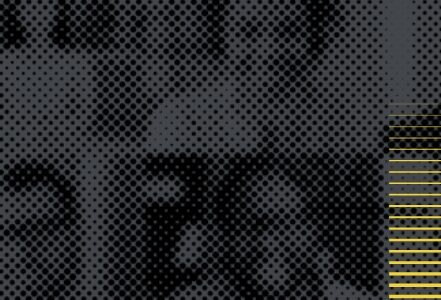 How can we help with TBML?

While firms may learn to detect the key indicators of TBML, they face a range of compliance risks – not least the complexity of international trading systems and increasingly sophisticated criminal methodologies. Those challenges include:

To overcome the difficulties and challenges that TBML presents, firms should look beyond their own AML provisions and seek coordination with other organizations, law enforcement agencies, and government authorities. More specifically, banks and financial institutions should, where possible, share their tax based money laundering discoveries and analyses because:

The broader the regulatory perspective on TBML, the more effectively individual firms can work to prevent it. International authorities, including the FATF, issue guidance and advice to help financial institutions detect and address tax based money laundering. Aimed at national authorities, the FATF Trade-Based Money Laundering Best Practice guidance focuses on raising private-sector awareness of the need for trade finance anti money laundering regulations and on educating banking supervisors on TBML vulnerabilities in their AML/CFT programs.

The FATF also provides banks and financial institutions with a list of trade finance AML red flags to consider when managing cross-border transactions. The FATF’s TBML red flags include:

Practical examples of trade based money laundering activities that should raise red flags include: